Hydroponics is the method of growing plants without soil. 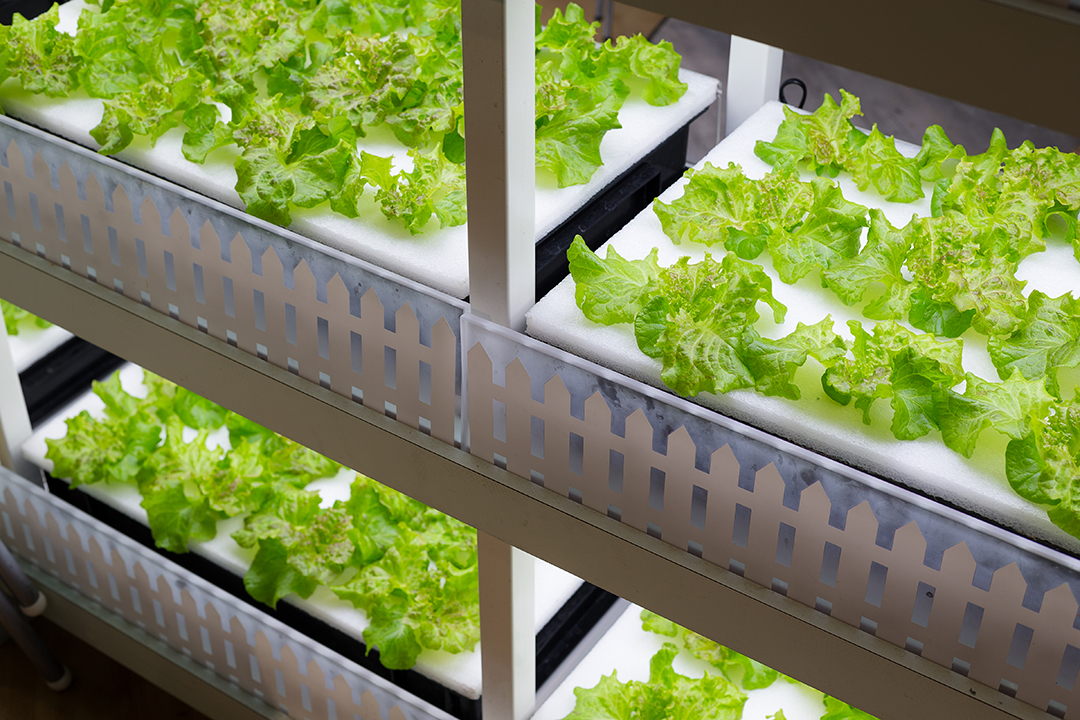 Instead, they are grown in water that contains nutrients. This method is also called aquaculture, nutria-culture, soil-less culture, and tank farming.

Hydroponics can include an insert medium such as gravel or sand. The process is used in green houses for off-season production of vegetables. Plant roots are suspended in the liquid medium, which contains the nutrient solution. Their crowns are supported in a very thin layer of the insert medium.

This farming method of growth allows for greater production of product over a short period of time, which allows farmers to reap higher profits. This eliminates soil-borne disease, weed growth and the need to till the soil, while permitting plants to be placed very close together. This method allows large quantities of food to be produced in a very confined space. It is water efficient because water containers or closed loop systems are used, and water is re-circulated. This method uses only a fraction of the water that is needed to grow plants traditionally. All these qualities make hydroponics a very useful tool for plant growth in non-traditional ways. Scientists feel that hydroponics would be useful in supplying food to space stations. It would even allow plants to be grown on space stations.

John Woodward first experimented with hydroponics in England in 1699. He grew plants in water and added small amounts of soil. In the mid 1800’s, plant physiologists in Germany grew plants in solutions using inorganic salt.

Professor Gericke of the University of California proved that plants could be grown all the way to maturity without soil in 1929. He grew large tomatoes in water successfully. He called this method of plant growth hydroponics. The name was derived from the Greek word geoponics, which means agriculture; the science of cultivating the earth.

What does this mean?

Today, consumers have become aware and sensitive to contaminants in their food and produce. Many of today’s consumers prefer organic and hydroponic farming methods that produce vegetables with less contaminants. Hydroponics could become one of the most popular growing methods of the future.