What is Vertical Farming?

Vertical farming is basically indoor farming in multiple vertical shelves – growing upwards, not outwards. The concept was popularized by Columbia University professor Dickson Despommier in 1999. The main idea is to grow more food on less acreage – this is done by using a system made of multiple levels and obtaining greater productivity because of the controlled environment. Instead of using soil as the growing medium, most vertical farms use hydroponics. In hydroponics, plant roots are immersed in water which contains all the nutrients needed for rapid growth.

There are numerous advantages to vertical farming. Because of the controlled, indoor environment, the need for herbicides and pesticides is greatly reduced and the amount of light can be controlled to maximize growth. With hydroponics, yields of lettuce can even be increased by a factor of ten. This may seem counter-intuitive since the roots are placed in water, but hydroponics actually reduces water usage since the water goes directly into the plant rather than into the soil around the plant. This type of controlled, indoor environment also eliminates crop losses due to drought, flooding, frost, or other negative weather events. Most vertical farms are located in cities, so vegetables can easily be harvested and distributed to local restaurants and grocers each day. 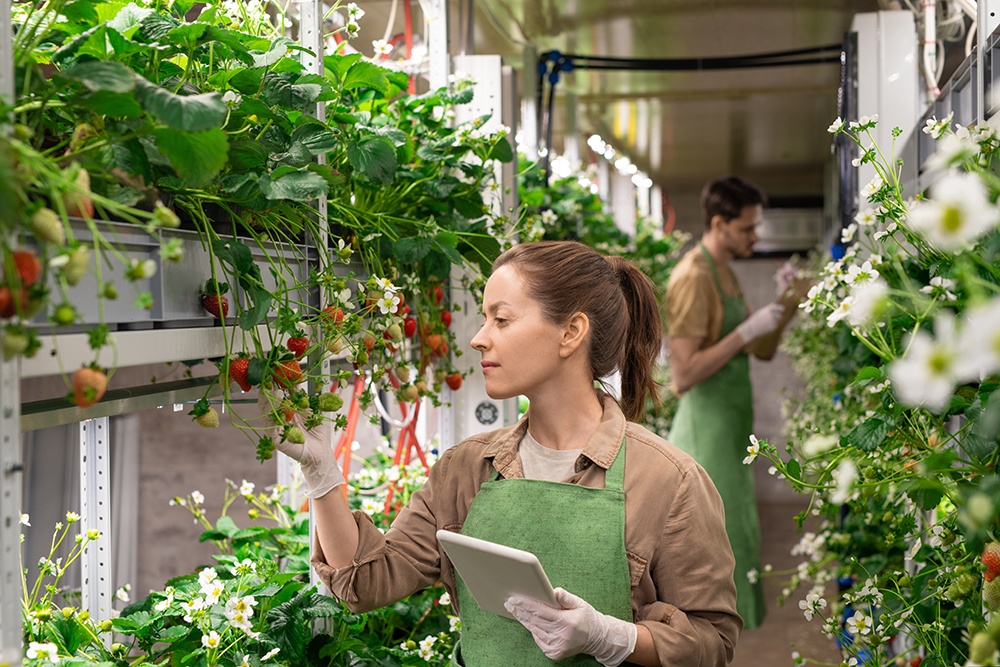 The primary disadvantage of vertical farming is cost. The upfront cost of these growing systems is high. While they use less acreage than traditional farms, the acreage they use is typically much more costly, because they are usually located in urban rather than rural areas. Electricity usage can be a major cost factor since it is often used for lights, pumps, and other purposes.

However, many are reducing operations costs through innovative vertical farm designs. For instance, Sky Greens in Singapore has come up with a clever design that greatly reduced their electricity usage and costs. In one of their towers, which are thirty feet tall, the plant trays are constantly rotating up and down very slowly. One rotation takes eight hours. This ensures that all plants get an equal amount of sunlight. The rotation is powered by water trickling down from above. When the water gets to the bottom it sits in a trough. As the rotating trays get to the bottom, they pick up water for the plants from this trough. Sky Greens says the entire system requires a mere 40 watts of electricity to operate.

At the present time, only certain crops can be economically grown in vertical farming systems, principally leafy greens. The ideal crop is one that grows quickly, does not require a lot of vertical space, and does not require pollination. Crops that do require pollination need a lot of manual labor to grow inside, which is expensive. While several companies are currently developing robotic bees to reduce cost, vertical space is still a limiting factor so don’t expect a crop like corn to be grown in vertical farms any time soon. It takes too much vertical space and too long to mature. 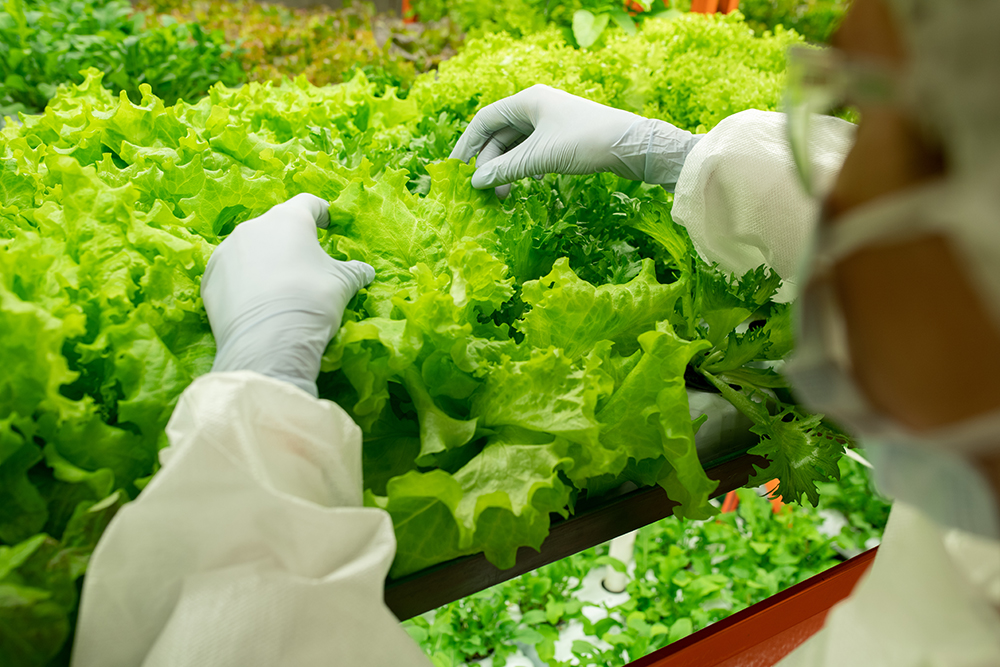 Vertical farming is an emerging technology with over two thousand vertical farms currently operating in the United States. There is a high interest in vertical farming from densely populated countries or urban areas like Singapore which currently only grows seven percent of the food it consumes locally. Vertical farms are a way for these areas to increase productivity in a much smaller space, shorten growing times, lower water usage, and increase local food production. There are many economic challenges that must be overcome to make vertical farming more profitable and more feasible to participate in; however, many innovators are addressing these issues and new technologies will no doubt make vertical farming less costly and more equipped to grow a greater variety of crops.